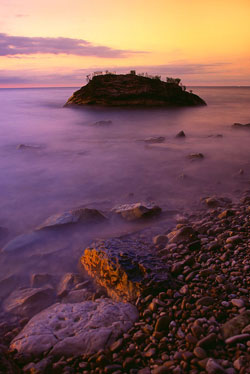 Plunging to her death in sorrow over her English husband’s broken vow to return to her, it is said that the Indian Maiden’s name is chanted for eternity in the waves that foam and surge around her grave stone. Time and the ravages of ice and water have decreased the rock to a fraction of it’s original size, which can be found on the northwest shore of Pelee Island at Sheridan Point.

Hulda’s Story…
Once there lived on Point au Pelee
An Indian maiden blithe and gay,
Who often from her birch canoe
Would spear the spotted salmon through.

Pride of her Chieftain father’s heart,
She oft would through the wild woods dart,
And with her bow and arrow raised
Would pierce the deer that calmly grazed.

Joy of her mother’s loving eyes
This dusky maid was a household prize
Whose beauty, grace and gentle arts
Won her a place in manly hearts.

A pale face to the Island came
To catch the fish and kill the game,
And when this lovely maid he knew,
She won his heart – she loved him too.

“Be mine, dear maiden,” then he cried,
“Let me but win thee for my bride,
And on this IsIe I’ll gladly stay” –
The maiden did not say him nay.

Happy they lived from year to year,
Then tiding came of a mother dear,
Who dying, lay on a distant shore
And longed to see her son once more.

Then with the pledge to come again
Before another moon should wane,
The pale face parted fro his bride
And o’er the waves his oars he plied.

But many moons did wax and wane,
The young wife’s heart grew sick with pain,
And all her life grew dark and chill –
Her recreant husband tarried still.

At length a boat approached the shore,
Her heart beat high with hope once more –
But ah! For her that small white yawl
Bore a brief letter – that was all.

A letter that brought a withering blight
And broke a faithful heart that night;
That told a tale of broken trust
And hurled bright hopes down in the dust.

Upon the north of Pelee Isle,
There stranger liner but awhile;
View “Hulda’s rock” – the mariner’s guide,
That marks the fate of the Indian bride.

It marks that death-leap into the sea,
And marks a white man’s perfidy.
The waves that gainst it foam and surge
Seem chanting e’er a funeral dirge.

Written in the 19th century by Bertha Smith, daughter of Thaddeus Smith. 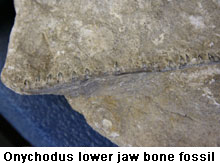 Pelee Island offers a broad range of clues which speak of the island’s past. The earliest evidence of life dates from the Devonian Period when a tropical sea covered the area. Exposed limestone reveals a great variety of invertebrate sea life. Corals predominate, suggesting that the very foundation of the island is a petrified coral reef. Even the occasional fossil print of shark and a very rare fish, the Onychodus, have been discovered. 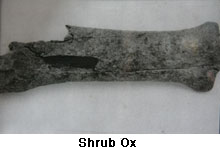 After glaciation, and after the formation of the modern Great Lakes, the region began to take on the appearance of our times. Plants colonized the Western Basin of Lake Erie and animals followed. The first record of a herbivore is that of a shrub ox, one dating from over 13,000 years ago.

People were soon to arrive. On Pelee Island spear points from the late Paleo Era have been found. A native presence can be dated from 10,00 years ago. Until a few hundred years ago native cultures left their mark on the island. Archaeological finds offer enticing details about the lives of the first people. Projectile points used for hunting, celts and adzes employed in cutting and shaping wood, and ceremonial objects like gorgets and birdstones together form a picture of this vast span of time. 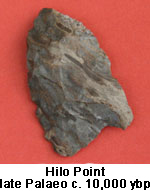 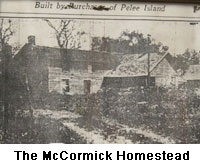 When the island was leased to Thomas McKee in 1788 the modern chapter of settlement was opened. The McCormick family settled permanently in 1834. Thereafter red cedar would be harvested for dock construction, fortifications and rail road ties. Stone would be quarried for architecture, for building sections of the Welland Canal and other projects. And pound net fishing began, including a sturgeon fishery.

In the 1860’s subsistence farming was transformed by the introduction of wine making. One of the very early wineries of Canada was built on the island in 1866. The Vin Villa Winery became renowned for it’s rare Catawba wines and the many awards it won from as far away as Europe. Six additional wineries were built making the island a centre of early wine making in Canada.

As the southernmost community in Canada, and as the warmest place in Eastern Canada, Pelee Island in time hosted an array of exotic crops that included sorghum, cotton, peaches, apricots, tobacco, peanuts, sunflowers and a variety of other fruits and vegetables. The test of time would leave soya bean, seed grains, grapes and other experimental crops remaining. 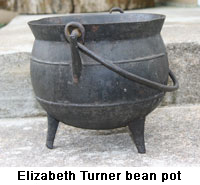 Each page of Pelee’s lengthy story holds adventure, and intrigue: the escape of Elizabeth Turner, held captive by natives, the surveying escapades of David Thompson, the visit of Robert E. Lee to the Pelee lighthouse in 1835, the Battle of the Ice in March of 1838, the appearance famed personalities like Robert T. Lincoln and George Pullman, to the accounts of shipbuilding, shipwrecks and heroic rescues on Lake Erie.

Pelee Island’s story unfolded in the midst of a community of plants and animals as noteworthy as the souls who settled the archipelago. To this day Pelee boasts an outstanding representation of wildlife, typical of Carolinian Canada, with notable additions and a considerable presence of species at risk. The island’s isolation has contributed to both the distinctive human history and the survival of species found rarely elsewhere in Canada. 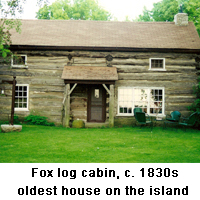 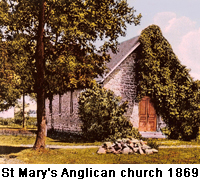 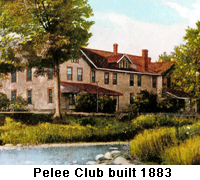 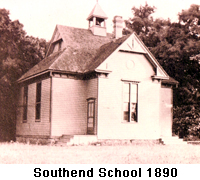 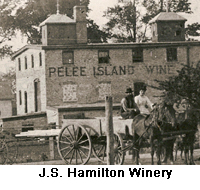