Pelee Island is situated in the Western Basin of Lake Erie, Canada’s southernmost lake. Just above the Canadian-American border at latitude of 41 degrees, Pelee Island is located 800km south of Vancouver, BC. The climate of the Lake Erie Islands Archipelago boasts the highest heat units in the country, and the longest frost-free season in Ontario.
A dozen and more factors made the islands a place of wildlife diversity, a place which became home to a myriad of species rare to Canada. Almost one third of the vascular plant diversity of all of Ontario is represented on Middle and Pelee Island. Carolinian Canada at its richest is found here. Rare insects, snails, mammals, birds, reptiles, and amphibians have come to comprise a neighbourhood of outstanding natural heritage. Glaciation left a variety of habitats for wildlife: wetlands, sand dunes, alvars (areas of limestone with a shallow overburden), and deep soils suitable to the trees of the Eastern Deciduous Forest zone. The shallowwaters of Lake Erie reach relatively high temperatures in the summer months, giving the islands a micro-climate typical of more southern locations, and a two-week longer growing season than the adjacent mainland. 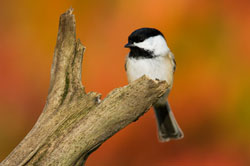 Pelee Island is at the confluence of two migration routes – the Atlantic Flyway and the Mississippi flyway. The Island is a significant stopover site for many species and is designated as a globally Important Bird Area (IBA) by the Canadian partners of BirdLife International – the Canadian Nature Federation (CNF) and Bird Studies Canada (BSC). IBAs are described as “truly outstanding sites of significance nationally or internationally and sites that are exceptionally important for birds”.

Birds and waves have delivered a great variety of seeds over the years, and with the establishment of diverse plant communities have come a myriad of insects, amphibians, mammals and more birds.

From traveling differently to growing food differently, Islanders live differently. In an area of Ontario under intense human development pressure, Pelee Island has managed to retain large portions of its natural heritage. That more species have not been extirpated and that the island can claim high grades for conservation successes, is attributable to a vibrant setting and a people whose habit of thought and way of life is different. The story line of contact between human society and wildlife on the island is one that demonstrates harmony uncommon in much of our country. The following are just a few of the conservation programs underway on Pelee Island.

The Pelee Island Heritage Centre is a founding partner of the Pelee Island Bird Observatory (PIBO). The Pelee Island Bird Observatory was established in 2003 with a mandate to collect data on migratory birds, study and preserve Pelee’s unique nesting bird communities, serve as an education center, and encourage ecotourism on the island. PIBO’s core migration program is part of an international effort to monitor population trends of North American songbirds. Long-term migration studies provide valuable population indices for species that are difficult to survey by other means due to the inaccessibility of their breeding and wintering grounds, as well as many additional research opportunities. Government and conservation groups use this information locally and internationally to address a broad range of concerns about the population status of many familiar Canadian birds.

As part of developing an overall vision to reduce vehicular traffic on the Island (identified as a key threat to the Island’s threatened snakes and other wildlife), developing a more comprehensive outdoor interpretation program along these trails, and linking existing and future conservation lands, the Pelee Island Heritage Centre conducted an Eco-trail Study in 2009. This study had as its goal the provision of easy bicycle access to natural areas and other attractions, eliminating the need to bring a car to the Island. The same eco-trails are designed to make good walking trails for hikers and birders, and to introduce visitors to the many faces of the Island’s natural features. The Eco-trail System Map may be picked up at the Heritage Centre.

The Nature Conservancy of Canada began Invasive Species Control in 2007-2008 when they implemented Garlic Mustard control on NCC lands, as per NCC’s internal Garlic Mustard Control protocol. Currently the Nature Conservancy of Canada actively stewards approximately 400 hectares (1000 acres) on Pelee Island, often with the help of many partners, volunteers and local contractors. Their ongoing work is to promote biodiversity in general and to protect specific species at risk.

Assistance for this project was provided by The Ministry of Natural Resources.